Every summer I have my family over around my parents Anniversary which is August 11th.  This year I was just returning from Ireland so I postponed it until today.

I have a rather large family, I have  5 siblings, we are all married and my one brother has six of his own children, plus some grandchildren.  So, if everyone comes, at this point it would be 36 with everyone’s significant other and nieces and nephews and grand-nieces

This is my backyard before the troops arrive. 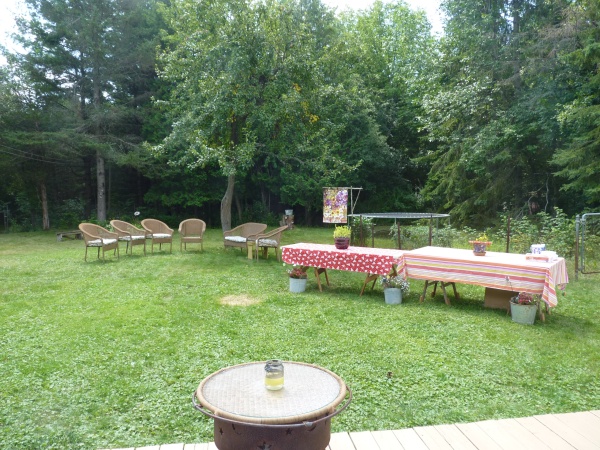 With this many people, we potluck the meal because it is too much for one person.  Since I was away I had asked my sister Holly to coordinate the food.  She did a great job except the snack person came last!  Not well planned but I will forgive her this time.  She thinks if she makes a mistake she won’t be asked to do it again but she is wrong

This is a picture after some of the troops have arrived. 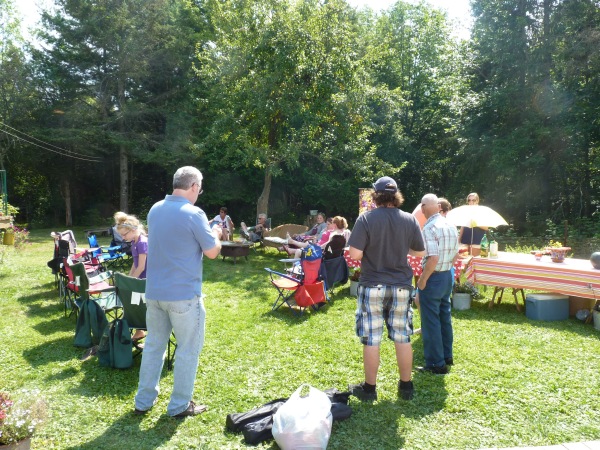 Noreen, brought some bread and since we didn’t have any snacks, Ron barbecued some garlic bread with cheese. 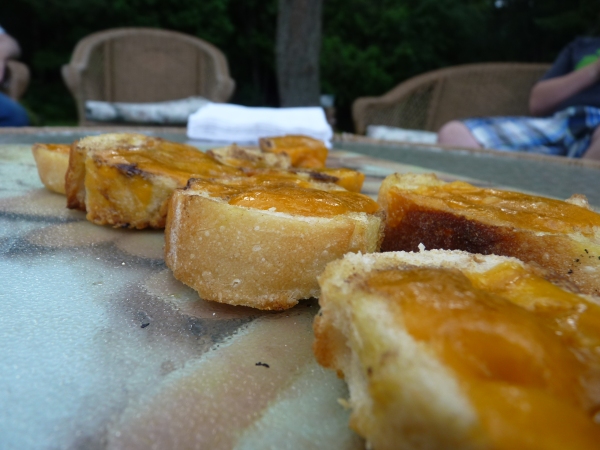 It is always a good time, Lots of laughs.  Our family teases and goofs around a lot but we truly do love each other and all get along, which I think is rare. We always hope no one takes us too seriously or gets hurt by comments.

The two people who started all this chaos!

My wonderful parents, Mae Kane and Richard Kane.  Mom will turn 76 in November and Dad will be either 80 or 81 in April depending on who you ask.  You see, my dad always thought he was born in 1932 but when he got his  birth certificate  it showed he was born in 1933.  Strange but true. 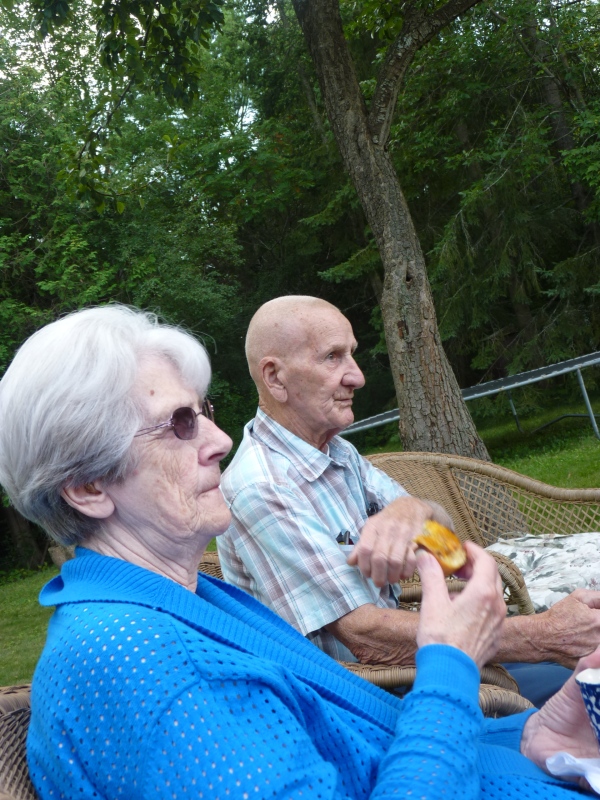 This is my parents youngest  grandchild Abby. 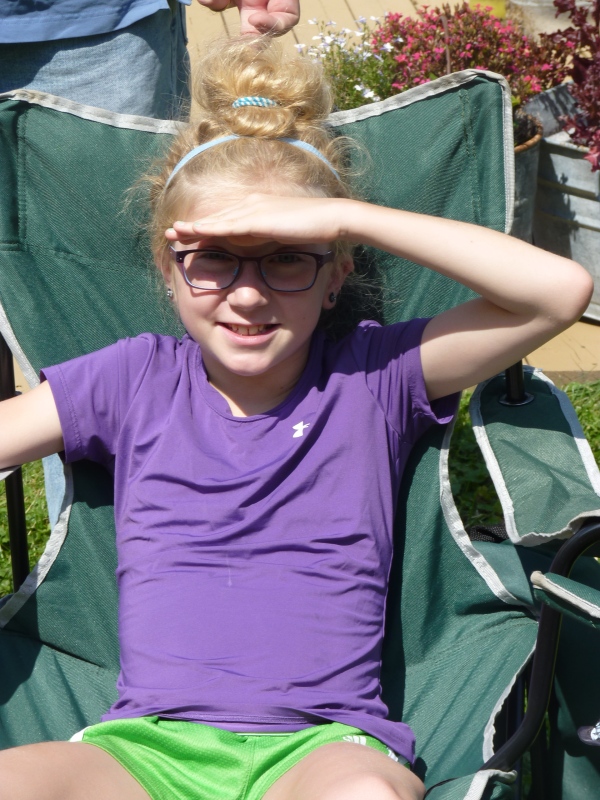 She is an active little girl, involved in dance, soccer, horseback riding and lots of friends.

Alyssa, my nephew Jonathon’s girlfriend who is back at St. Lawrence this year for Vet Tech. 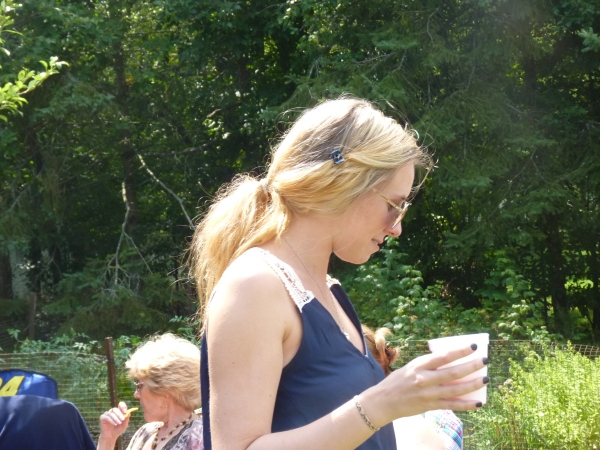 My second oldest sister, Holly.  She recently got her hair cut and we all thought she looked much more like mom so decided to prove it. 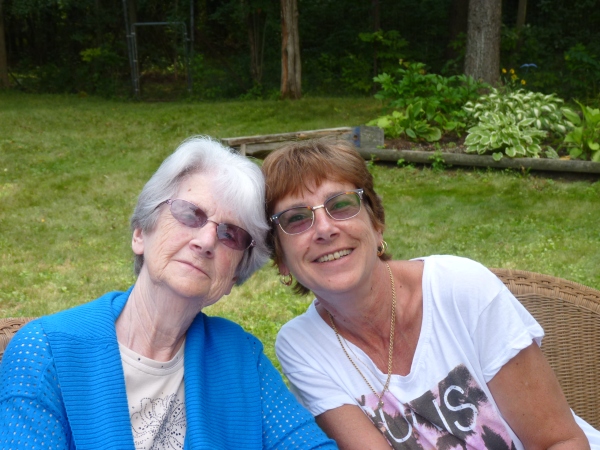 Pretty close I would say!

Nancy chatting it up with Noreen while her husband Jim, counts his fingers.

Pauline and Meredith catching up behind them. 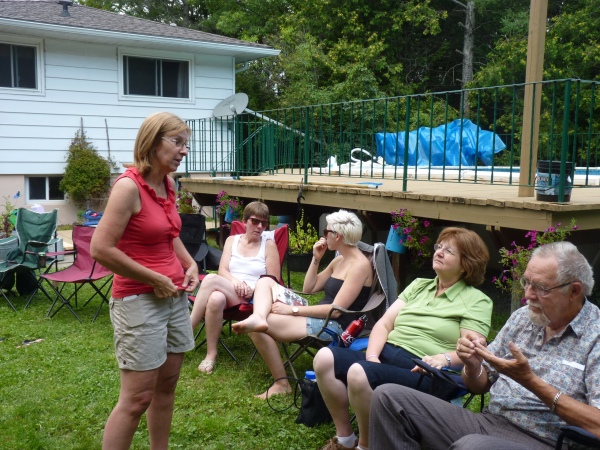 The men doing their own chatting.  Looking at the hair colour,  “one of these things just doesn’t belong here” .

Who would that be?

While Holly and I were watching them talk, we couldn’t help but comment on dads new haircut/head. 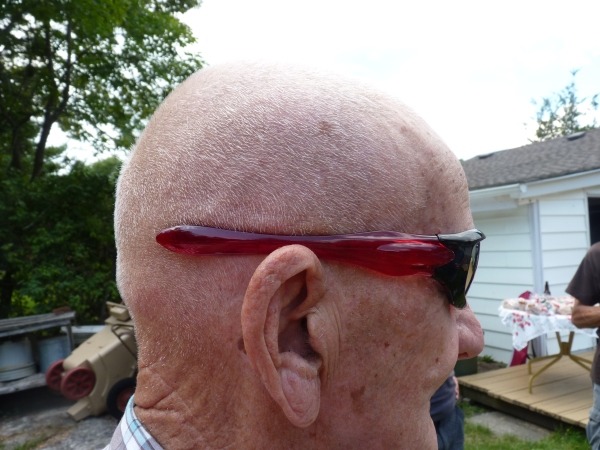 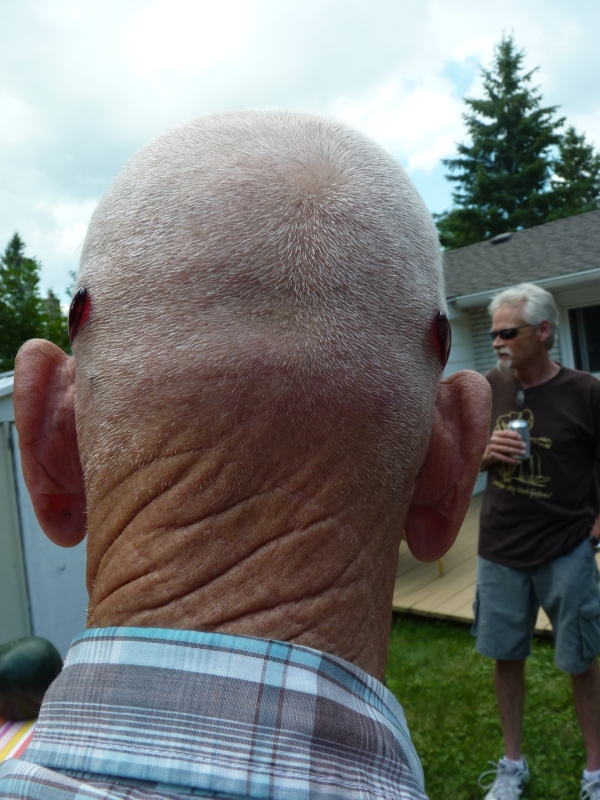 Such a cute head!

Pauline, my sister-in-law and Meredith with her cute little smirk. 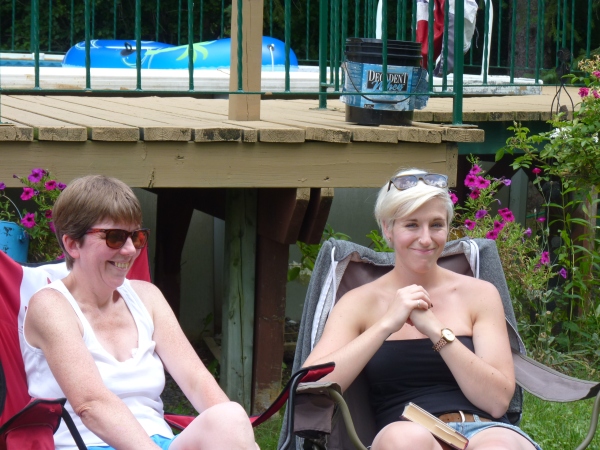 My family also go  bowling once a month in the winter.  My parents love it and anybody that wants to come, just shows up and we bowl a couple of games.  If you gutter you put a quarter in the trophy bowl and whoever gets the highest score gets the money and the trophy until the next time. 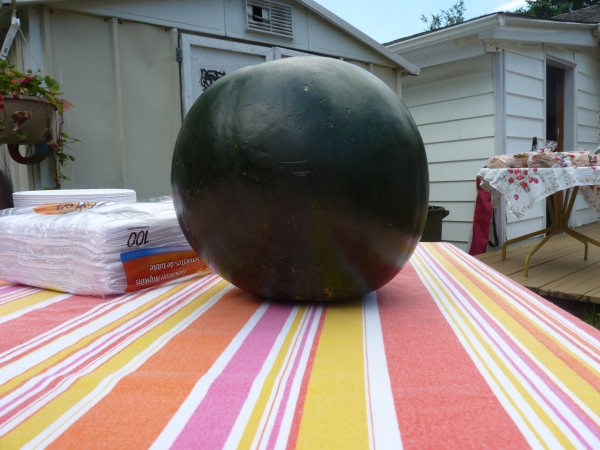 Soon our get together s will  be increased by one at least we are pretty sure it is just one. 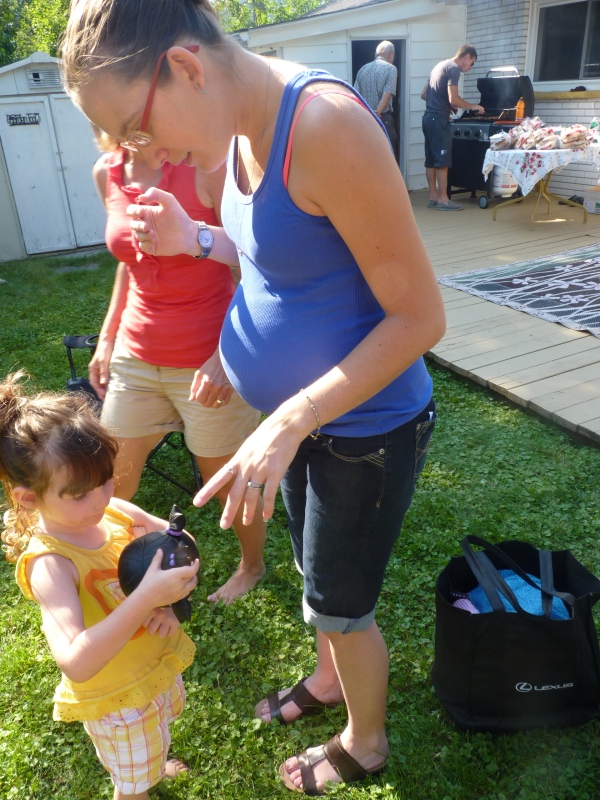 Melissa will have a third  born early October.

This is Abby again and Melissa’s two Scarlett and Jocelyn. 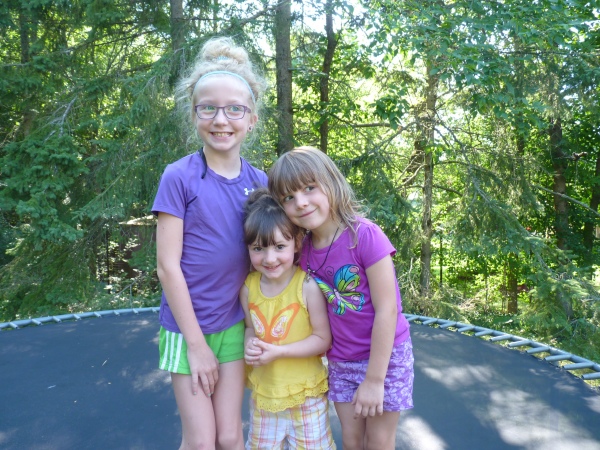 They stopped for a few minutes, then this happened… 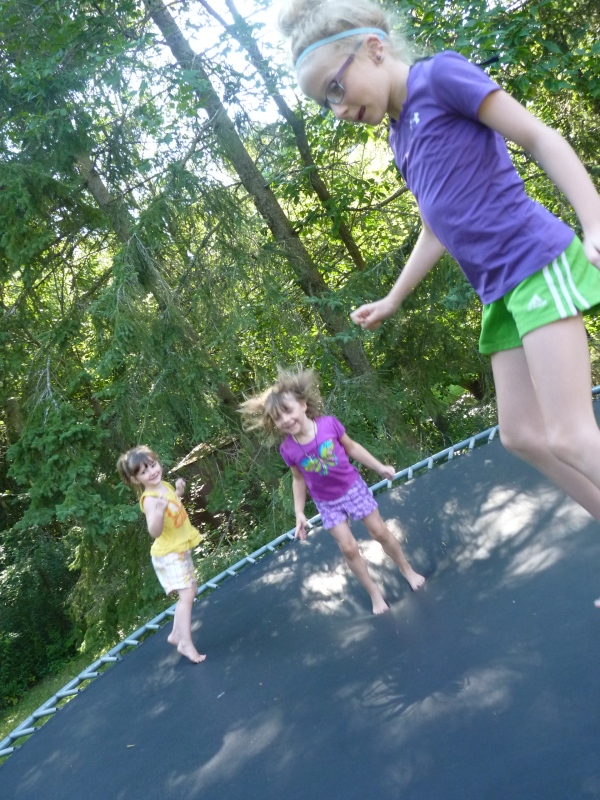 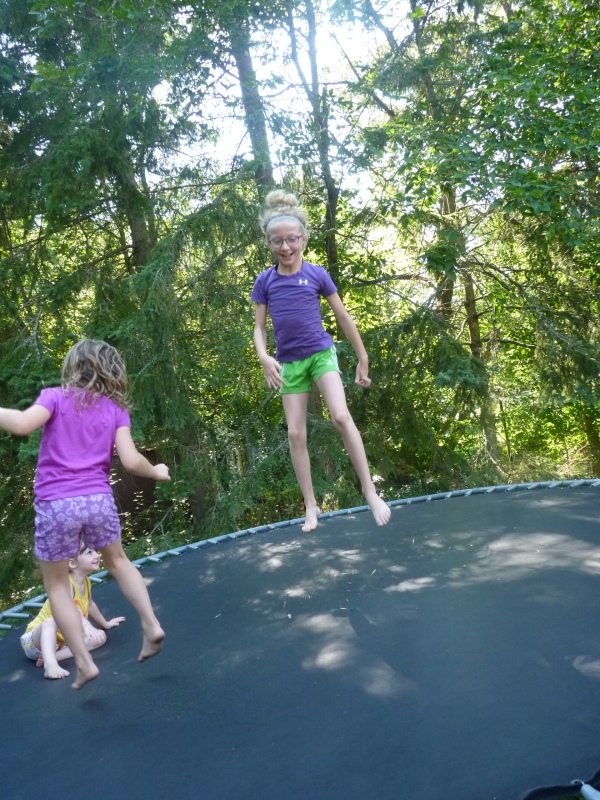 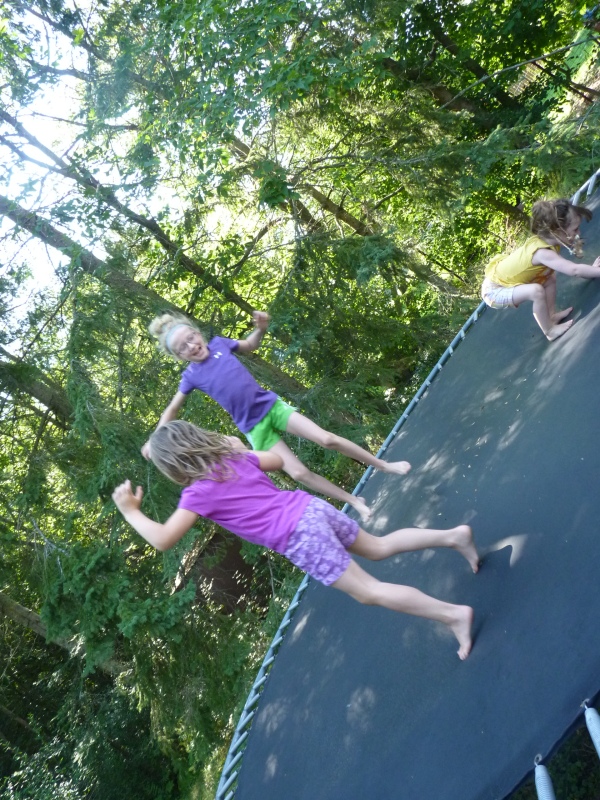 Time to eat all this wonderful food everyone contributed 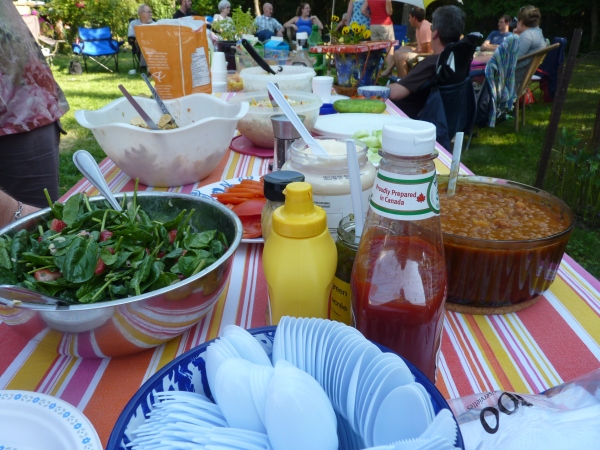 And eat we did 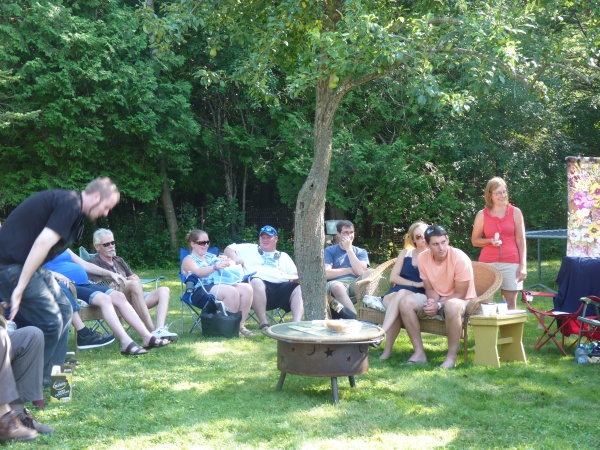 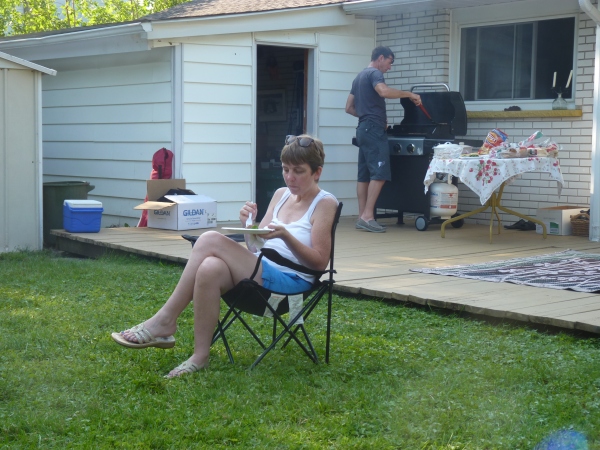 Swimming happened after dinner even though the pool was rather cold. 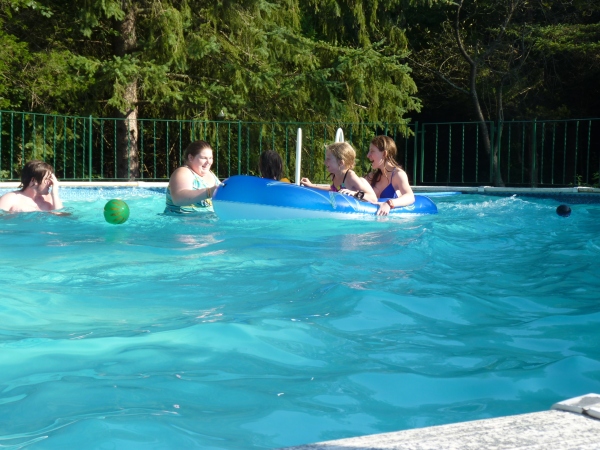 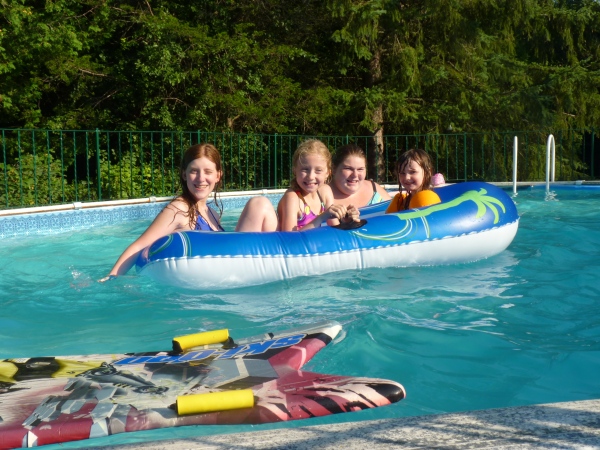 Holly wanted me to take a “nice” picture of her and Brent.

REALLY?? How old are you Holly!!! LOL 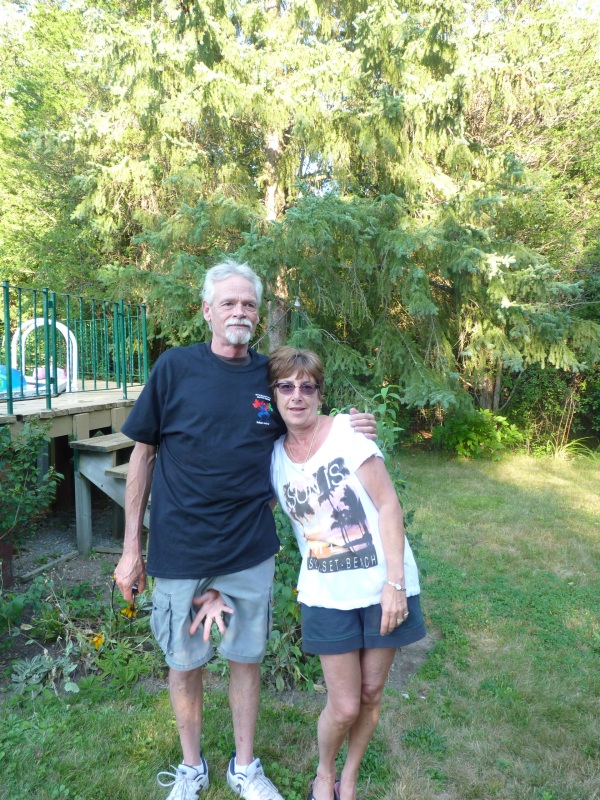 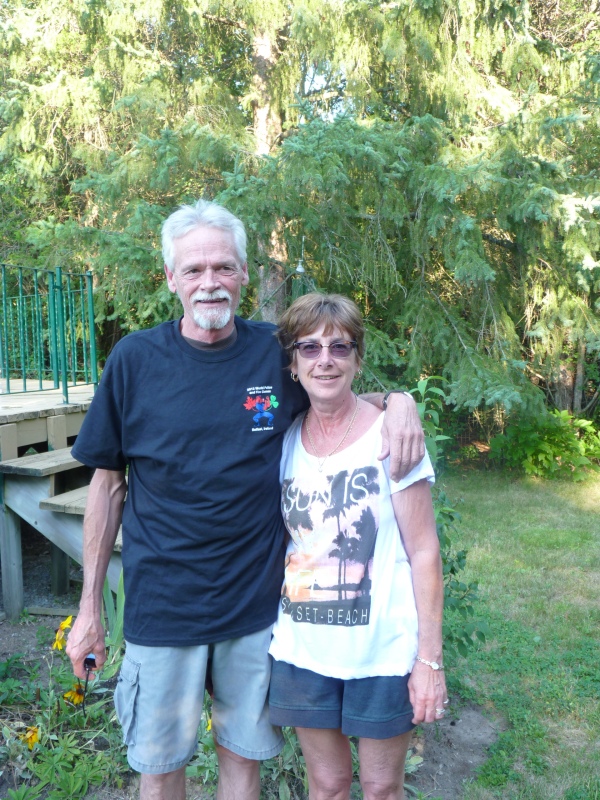 Nice to get a picture of the girls and mom! 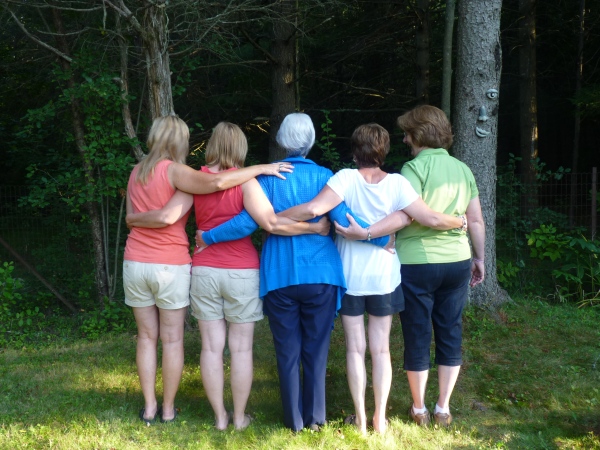 That’s our better side! 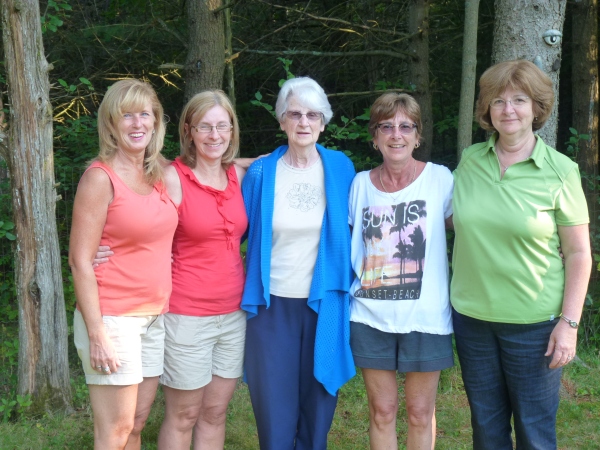 Me, Nancy, Mom, Holly and Noreen 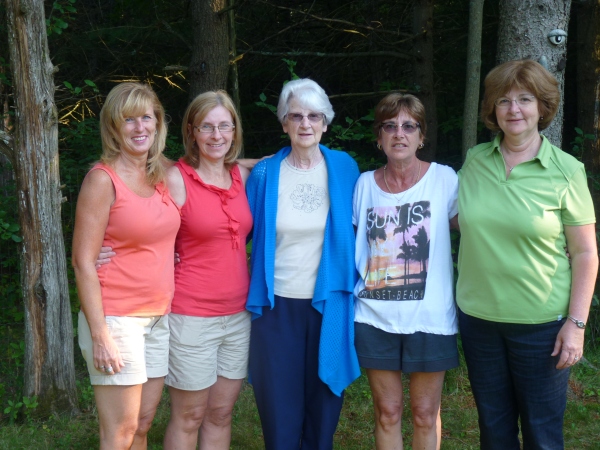 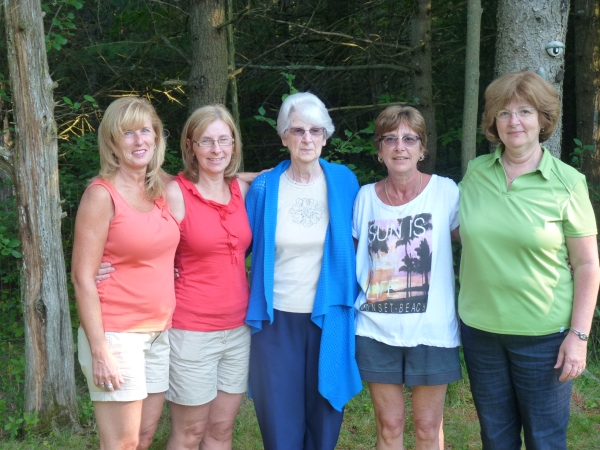 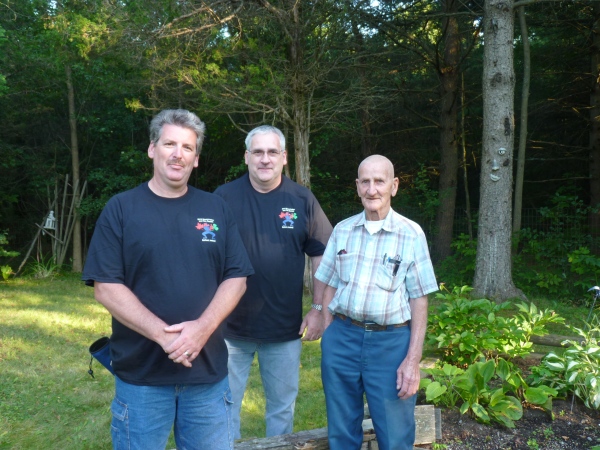 And Abby had to get in there too! 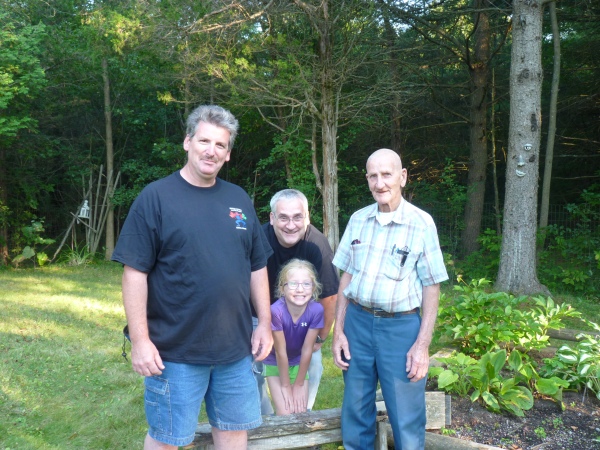 By the way,  dad had a shirt tucked in his shirt, he has not gotten fat over dinner.  Ron gave out shirts that were made for the World Police Fire Games.  They were a hit OR everyone just took one and will use it as a rag, we will never know.

Overall, we had a great day and the rains stayed away.  Always a good time. We did miss Todd and Stephanie and Ryan.  Here’s hoping we can all meet up again soon.

But, someone really needs to buy a mansion so we can all fit in.

Thanks for a great day and more memories

Last Day in Ireland
We’re on a Boat, Ya!