Well, today was the big day.  Ron was pumped and his tyres were pumped!

He was up early showered and eating porridge by 7:30.  He was not too nervous but anxious for the day to start and race to begin.

I had a quick breakfast and we began the walk to Kilbroney Park where the Mountain Bike Race would take place. 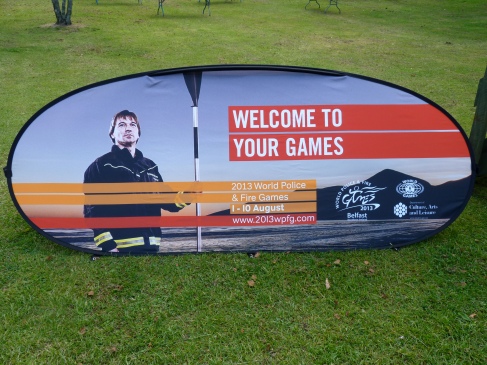 It was a beautiful day with no rain in the forecast until at least the race was over.  I was thankful for that but I think Ron was more thankful than I. 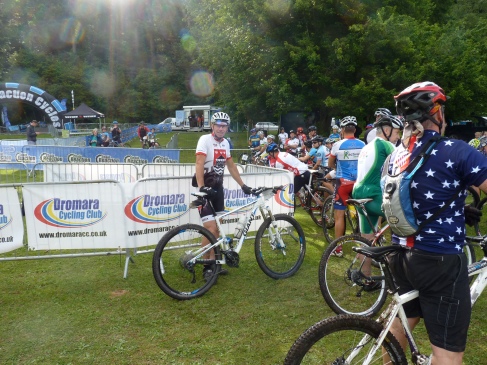 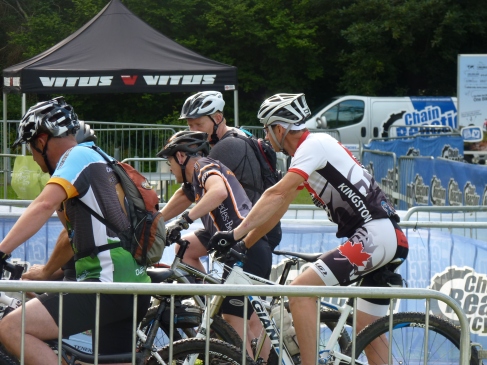 Here he is trying to get away from everyone because the beginning was about a 2 km hill climb. 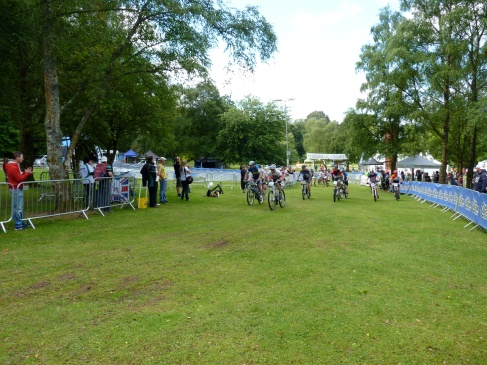 After he got going, I ran into the woods to try to get some good shots.  They are not great because he was going so bloody fast. 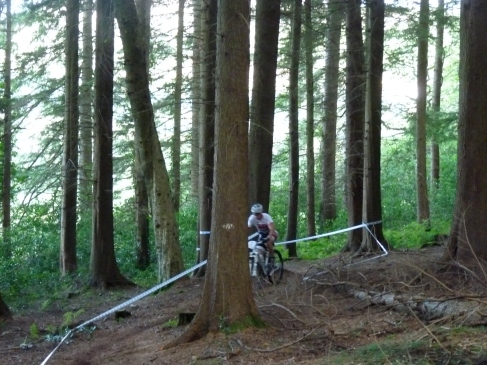 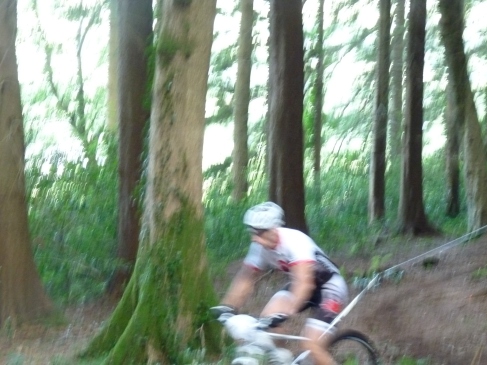 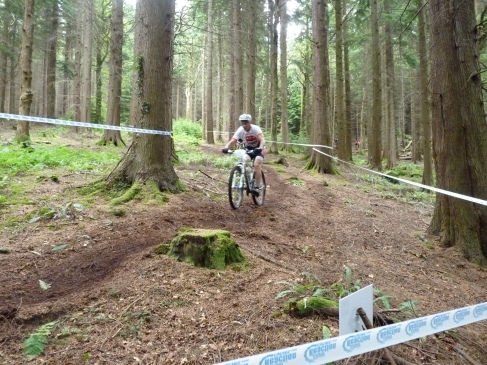 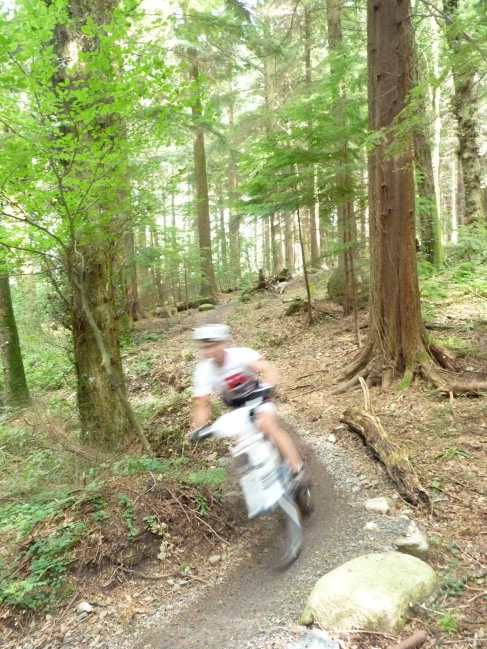 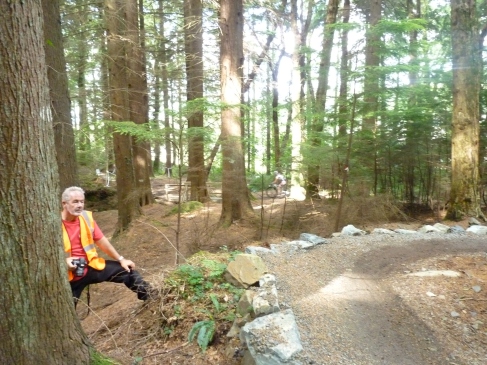 He is at the back there, caught him just as he got there.

The trails were really beautiful.  Although Ron said it was the hardest course he has ever done. I think this proves it. 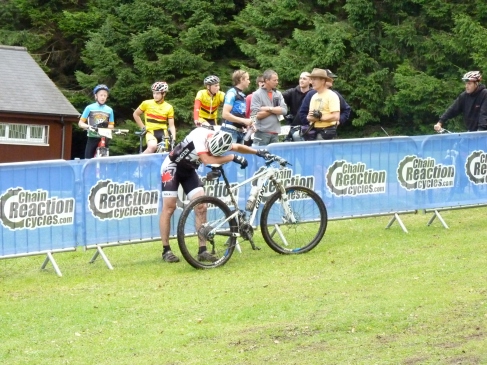 I think he is done!  in more ways than one.  He did 4 laps of 4 km each.  Which sounds easy but there were lots of uphill and no breaks.  He said he worked the entire time. 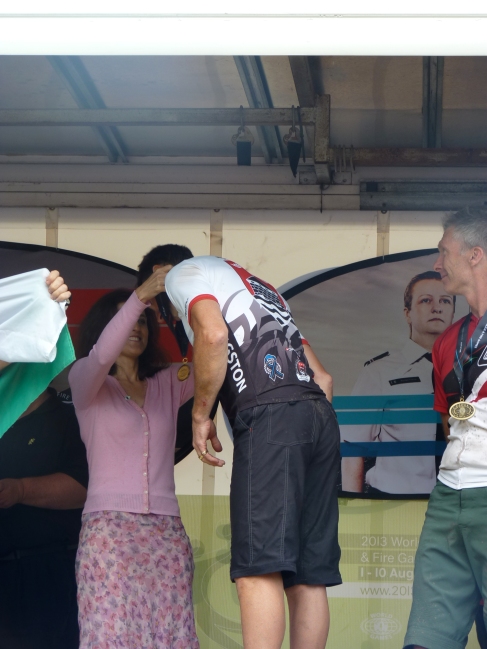 Here the Secretary of State of Northern Ireland, a big deal apparently ,presents him with his medal! 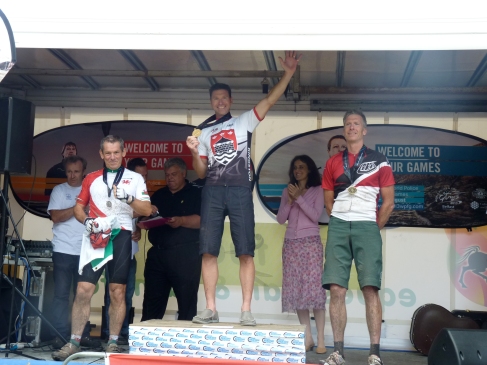 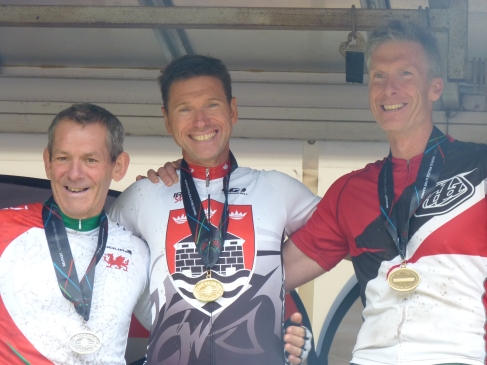 He was so happy! and I was so proud! 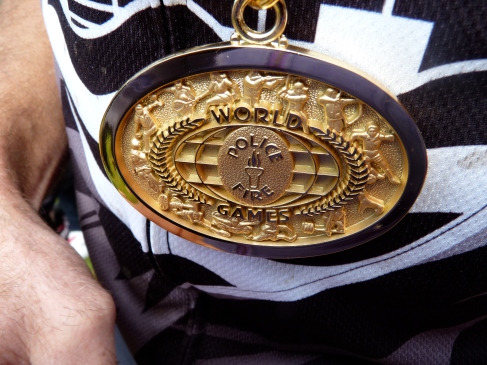 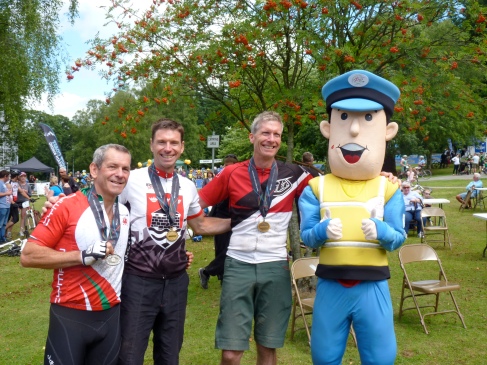 Emergency Eddy had to get in the photos. 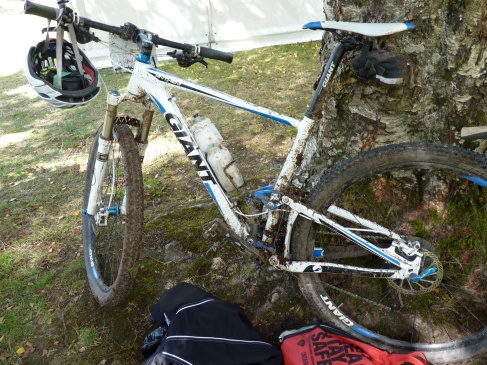 The bike.  Two Northern Ireland guys were checking out the bike.  Ron wants to sell it before we leave and one guy is actually interested.  Hopefully he will call before we leave here tomorrow. 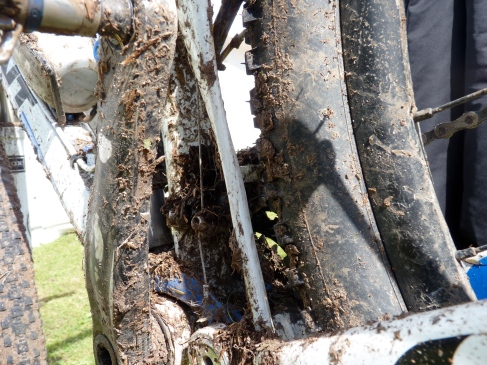 He will clean it first 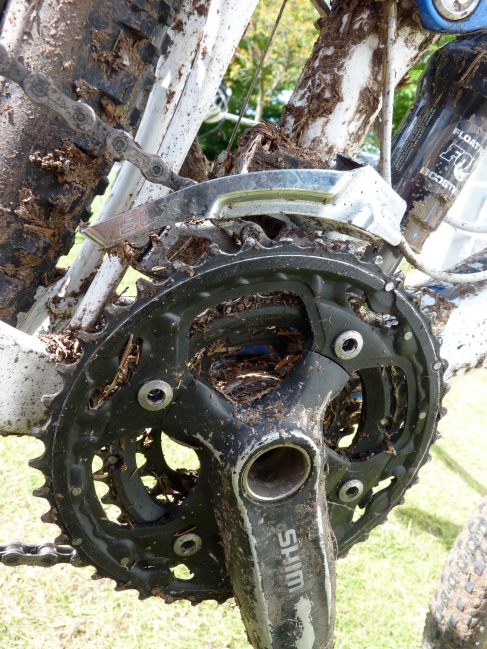 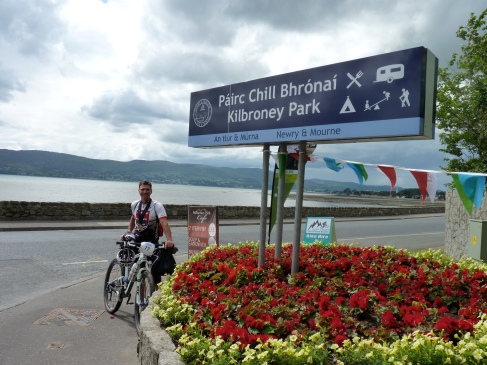 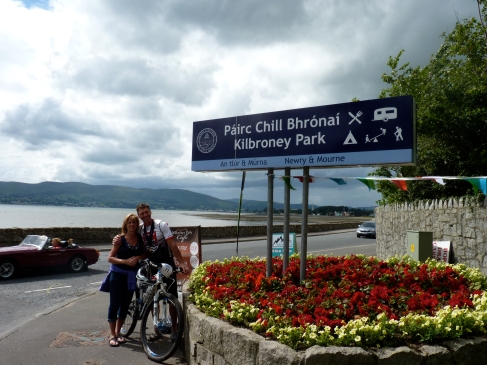 A guy comes running down the hill saying let me take a picture of both of you!!

On our way home.  But before, anyone who saw him wanted a picture with him.  Such friendly folks! 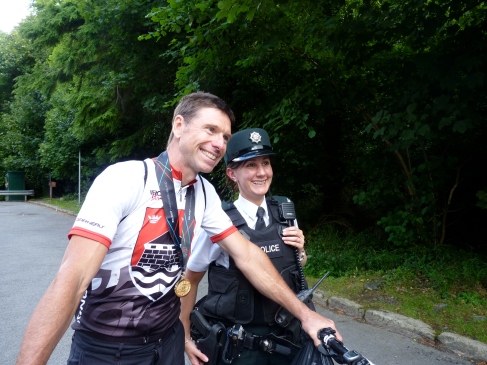 Some other random shots throughout the day. 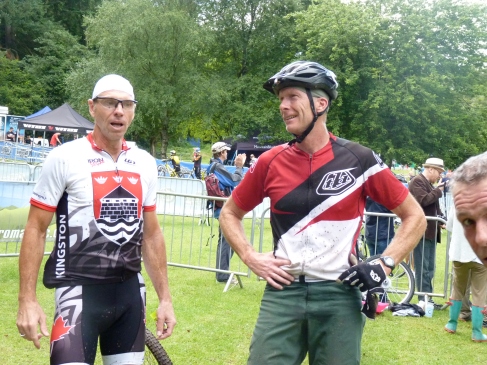 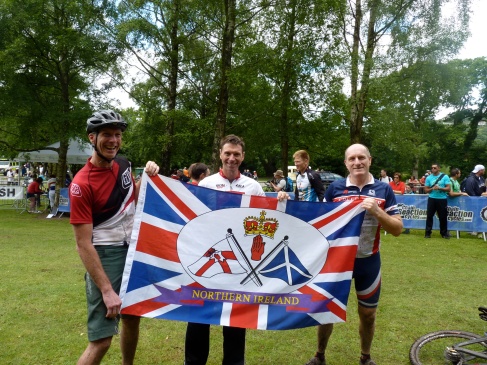 The guy on the left is from Whistler BC and received the bronze medal.  The guy on the right is from Toronto area and teaches at Sheridan college as well as being a Police Officer. 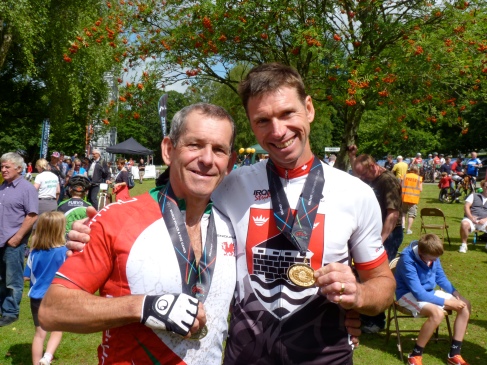 Back at the B&B where Anne was absolutely thrilled that he won.  She couldn’t believe it!  She hugged him and actually had a little tear in her eye.

Overall, I would have to say it was a grand day.  And now Ron needs a beer or two, and a meal that is fulfilling!

Until we meet again. 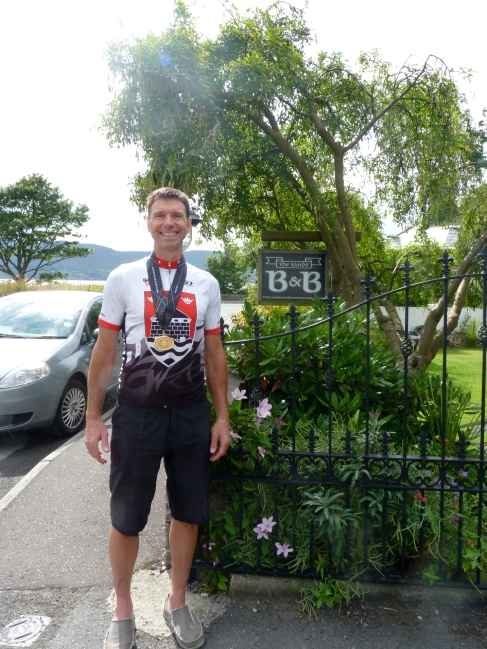